Mr. Palmer…you’re so good to Vegas 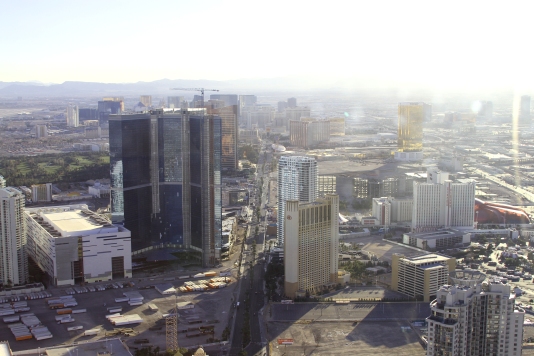 Stepping into Charlie Palmer’s Aureole at Mandalay Bay Resort and Casino, my eyes gawked at the centerpiece: a four-story wine tower with its very own Wine Angel Stewards, who gracefully ascend the tower to retrieve bottles. Think more Mission Impossible, less Striptease. It was a site always to remember…nothing short of Vegas.

I was familiar with the fare of Charlie Palmer, once having tried his restaurant at The Joule in Dallas. It was one of my most memorable dinners in The Big D. I dreamed of those lobster popsicles and buttery crusted trout for weeks after. Aureole pulled through for my high expectations.

We began with the wine…one of the restaurant’s specialties. Opting for a beautiful crisp Chardonnay, we decided on a dozen oysters on the half-shell for our starter. With each oyster, fresh salt water burst from every succulent mouthful. It was a magical moment. Next, we chose to share the beautifully caramelized Filet Mignon. I will not deny if one heard a moan murmured. This is Vegas, so of course, there was dessert. Nothing was more romantic than sharing the Tasting Plate, filled with cookies, meringue, mousse, and chocolate truffles. Oh my!

The rest will go unlisted. As the adage goes, what happens in Vegas, well, stays in Vegas.